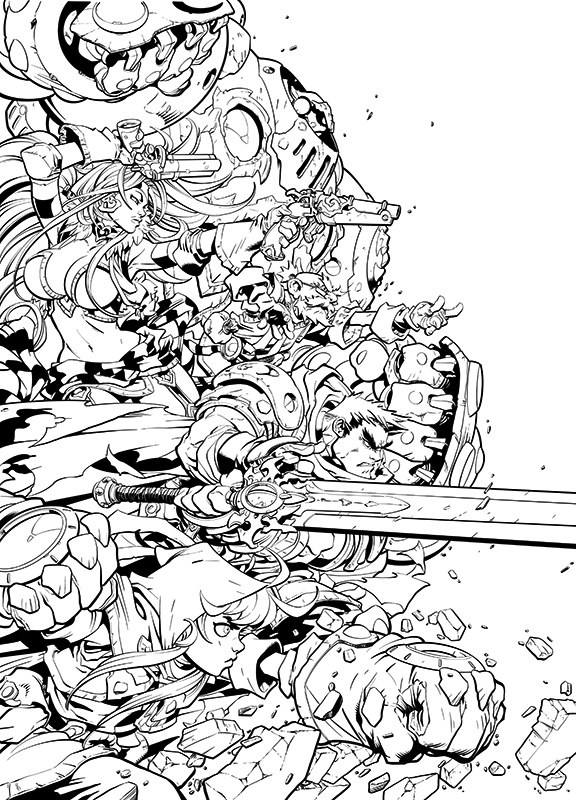 Here’s a time-lapse replay of the inking process on the Battlechasers piece. 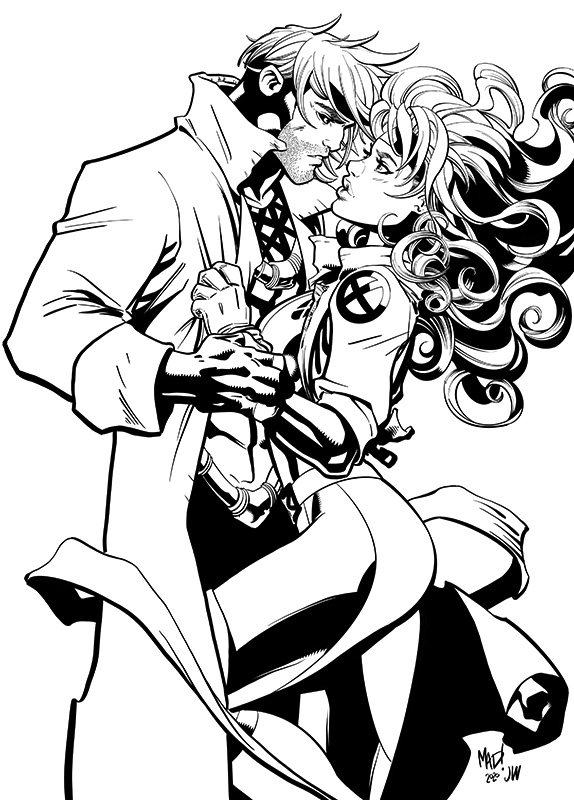 Rogue from the X-Men has always been one of my favorite comic book characters, and nobody draws her better than Joe Madureira. I found this online that I believe he sketched last year. It was a hoot to lay digital inks over this. I did this entirely in Procreate, and it didn’t take very long, as there’s no background. It looked like a little snow on the sketch, but I decided to do that on a seperate layer, and it doesn’t need it. Joe Mad is one of my favorite artists, and I’d love to ink him for real one day.

I inked this page from pencils by Joe Mad last week in my quest to get my inking skills back up to a professional level. It’s been a while since I inked anything for a major publisher, and I would like to get some more credits to my name in 2020. 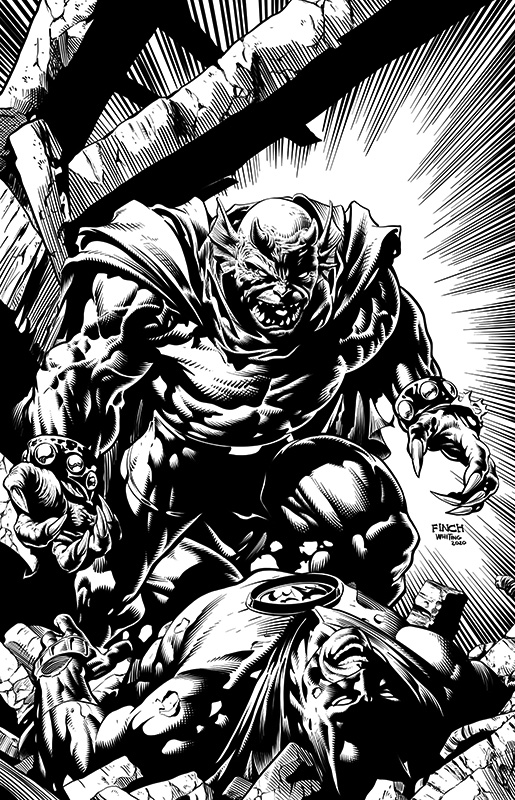 Here’s a time lapse version of the inking process on the Batman vs Demon piece.

I inked this piece to continue getting my hand back after a break from comics. Like the sample I posted yesterday, this one also is a Batman cover from pencils by David Finch. The scan was found online and was of a good enough resolution that I could see all of the details. This one was also entirely done in Procreate. 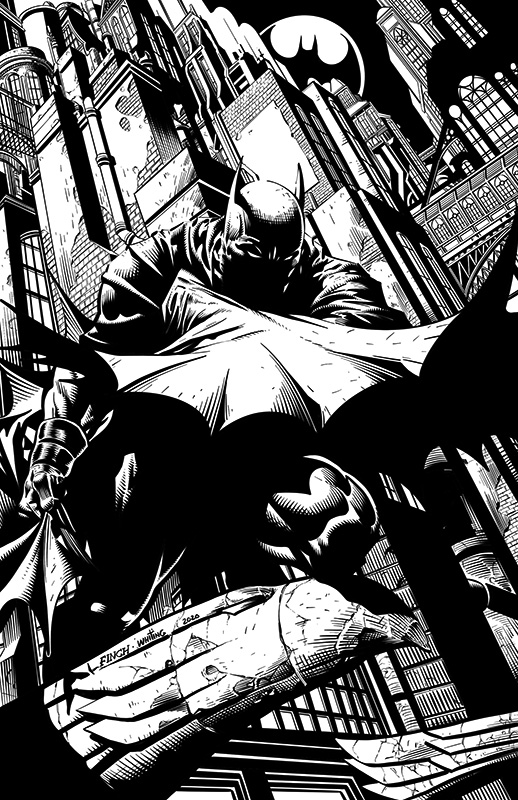 Here’s a time-lapse replay of the inking process on Batman.

I just finished inking this Batman cover over pencils by David Finch as a sample piece. It was done entirely in Procreate on the iPad Pro. I took a few months away from comics recently to get other parts of my life in order, and I need to get my hand back in the game. This cover is incredibly detailed, but it went surprisingly fast. It was from a scan found online, so I didn’t have the full resolution to work from, but it was good enough that it turned out nice and clean. I’d love to ink David’s work for real.

These pages are from a book called The Solution – part of Malibu’s Ultraverse. My inks over John Statema’s pencils.

Today marks the official beginning of my campaign to find a comic book to ink. It doesn’t have to be a regular gig, or even a full issue, but I’ve been practicing and getting my hand back, and I’m ready to get a fresh credit to my name as an inker. To be more specific, I’m looking for a paid gig that will definitely be published, and not spec work or unpaid samples. My page rate is very negotiable, as I’m looking to rebuild my name and reputation after a long break. My line work is clean and I’m fast, having done two pages a day when required. I’ve never missed a deadline, and was often the person editors would send work to when others fell behind. I can also do lettering and coloring if need be. I can do traditional hand drawing with ink on paper as well as digital inks from scans. I’ve visited the Marvel, DC and Image submission guidelines, and the general consensus seems to be, “Don’t call us, we’ll call you. Put your work out there, network with people, and get yourself noticed.” Well, here I am. If you’re an editor, drop me a note. If you’re an artist who is looking for an inker, or knows someone who is, drop me a note. My first professional work was on a book called The Tick, over Ben Edlund’s pencils. From there, I worked on many of the Malibu Ultraverse titles in the 90s, working over a slew of diverse and talented pencilers. After Malibu was absorbed by Marvel, I didn’t have steady work, so I self-published a few books of my own called Shanghai, which I write, drew, colored, lettered, and acted as publisher, dealing with the printers and distributors. I returned to the mundane art fields, while still dabbling in comics here and there. The last book I worked on was the World of Warcraft comic for DC. About a year ago, I started buying comics again, and discovered that there are still plenty of great stories being told in the world of sequential art, and some amazing new artists. I dusted off my crow quills and virtual inking tools, and got my hand back. I don’t where this quest will take me, but I was happiest when I was inking comics, and I want to reconnect with that again, even if it’s just for a little while.

A few pages I inked for a Tick spin-off book called “Paul the Samurai” for New England Comics. Pencils by Dave Garcia.