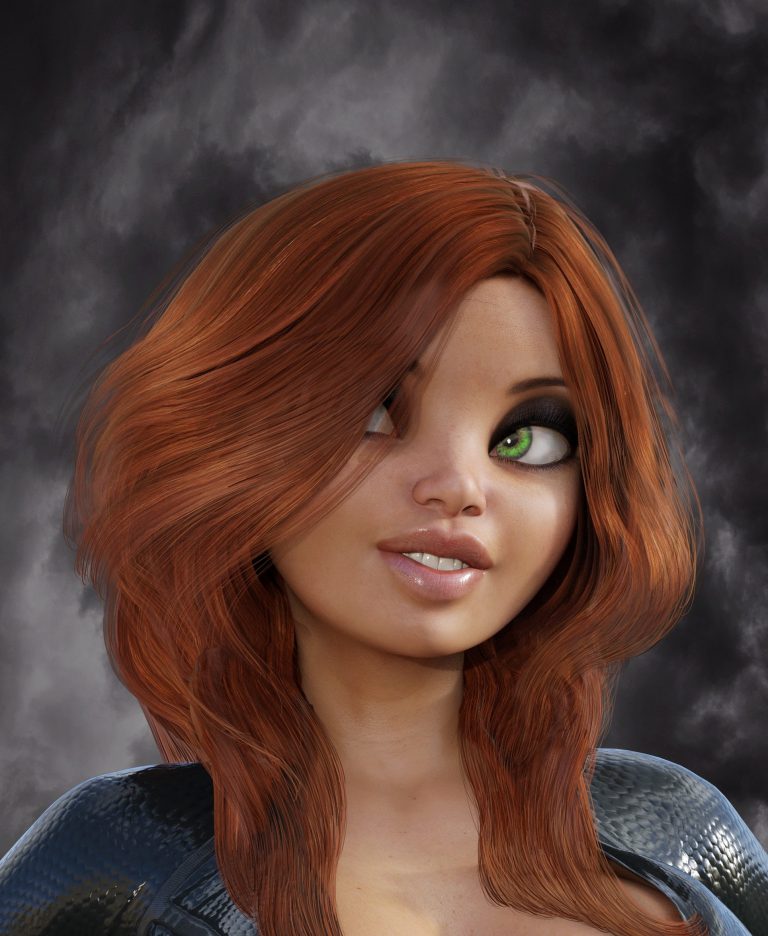 I recently set up a new render machine and started getting back into 3D rendering in Daz Studio. I’m pretty happy with the setup and how it’s working. Got my library I’ve built up over the years installed and had a few new images rolling out. The IBL lighting has come a long way from where these programs started. 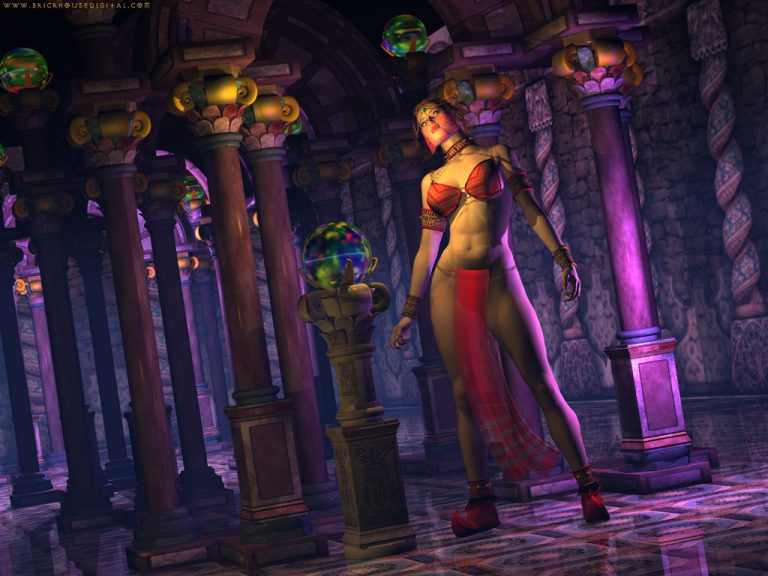 I used to do a good bit of art in Poser and DAZ Studio, but have fallen a bit out of practice lately. I still dabble once in a while, so I’ll share some of new work and some of my old work here. It’s a neat artform that I’ve had a lot of fun with. I thought I’d kick this series off with one of my oldest pieces, which strangely turned out to be one of my better ones. The above image was a very early Poser figure imported into Bryce and rendered there.

Working on some ideas for doing an online comic utilizing the Infinite Canvas idea. A web page has an entry point, and from there, I can drop a variety of content forms on a two-dimensional plane that stretches infinitely down and to the right. Text, images, animation, sound, video, stacked layers – anything I want. The only considerations I need to make are the size of the Window the viewer sees the content through, and the length of over abundant load times. I’ll need a system to be able to jump to the next “page” in the series. But, the beauty is, the pages don’t have to be in order! There can be multiple threads and jump-points to other links. When it’s no longer just static images, it probably ceases to be what we know as comics. It’s a hybrid medium of comic books, animation, and interaction. In short – a new art form that can no longer just be thought of as a web comic. The term “comics” doesn’t really apply anyways, as the medium is not mostly funny. It’s not comical in nature. I guess it would be considered more of an episode, or a webisode than a comic book. The trick is maintain a flow and keep the navigation easy. I don’t want the reader to become lost or disoriented. Publishing and updates are instant. Art is much quicker, because it’s done at web resolution, and not for print. Edits and corrections are possible and easy to do. Constant and regular updates provide daily reminders that the project is there on social media. My obstacles are – I get bored, and I have no feedback, so I drift away. Working on a project for a long time with the intention of publishing it later, keeping it under wraps the whole time, is a killer for me. I need feedback. I need encouragement. Putting something out on the web allows me to add “like” buttons and “share” buttons. I need a forum and a Facebook page where people can comment and ask questions. Just throwing some ideas out there.

Here’s a few pages from another comic project I wrote, drew, colored and lettered. It was mainly for a test of a new style I was going for, and I was happy how it turned out.

This is a piece I did last year. We have an Ultraverse group on Facebook, and it was very popular for a while, with a lot of activity. Everyone pretty much agreed that there were some great characters and stories, but Marvel will probably never allow them to be revisited.  I was playing with an armor set that I thought would make a great Prototype suit, so I came up with an idea for Ultraverse 2010.  We can always dream!

Until I scan some more inking samples in, I’m going to have to make do with some 3D art. This piece was done in DAZ Studio. This program has really evolved a lot, and I really like where it’s heading. The pricing structure is great as well.

It’s finally ready! Not spectacular, but I have the first piece of my demo reel in the can. 🙂

My current animation – a 30 second clip of a small ship approaching a space station – is now up to 32 hours of render time in Carrara 7 Pro, and is 83% complete. I thought it would be done sooner, but as the geometry of the station came into the frame, it slowed down drastically.  I’m guessing it probably has another day to go. The current uncompressed AVI file it’s building is over a gig and a half in size.  My question to more experienced animators would be how do you work with files of this size? Will I be able to upload this monster to YouTube, or will I need to compress it first? It’s 1280 x 720 pixels, 24 frames per second.

I decided yesterday to build myself a new animation demo reel.  The last one I had was about seven years ago, so it’s way out of date, even if I could find where I archived it.  The software I have now is head and shoulders above what I was capable of doing back then.  I have all of these scenes built for my comic work, rendering static images, and it doesn’t take a whole lot to set things in motion.  Most of the day, my machine is off, not doing anything, so I might as well put it to use.  I just hope I don’t run out of drive space! The image above is a screen shot of the first 30-second clip rendering in Carrara 7 Pro. It’s got about 4 hours to go. I’m doing this one at 1280×720 pixels, so it should look pretty sharp!