I’ve been reading about all the “comicsgate” stuff in the comics business. It seems so stupid that people go so far out of their way to spread animosity and hate toward other comics creatives. One of the things I always liked about the comics industry was that we never seemed in competition with each other as artists and writers. If I liked what someone had made, I would buy it. I didn’t have to choose one thing over another. If I don’t like an artists style, it’s just not my personal cup of tea. It doesn’t mean I think they’re a bad artist. I still respect that they’re making comics and love what they’re doing. There was always room for more good comics, though. 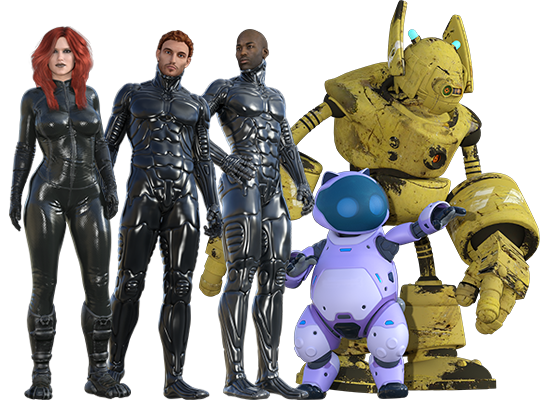 I also can appreciate diversity in the comics industry – both in creators and characters. I try and be mindful of this when creating my new books. I want the cast in my comics to look like my community (with aliens, monsters and robots added in). At the end of the day, I’ll buy comics I like, and won’t buy books that don’t appeal to me. If a creator engages in abusive or disrespectful behavior, I’ll probably avoid them. There are people I’ve encountered over the course of my career that were pricks to me or someone I liked. I probably would not work with those folks again, given the chance.

When I was buying comics in the 70s and 80s, I didn’t know what race, ethnicity, or sometimes, even what gender a creator was. They were just names on the title page, and I enjoyed their work. I wanted to be one of them. If sales of comic books are declining, maybe we should stop being assholes to each other and just make good comics.

I’ve seen some comics creators trying to start new companies to publish their work free from the constraints of the “social justice warriors.” What a crock of shit. I’ve been doing this for years. Nothing is stopping any of these people from publishing their own work themselves. I’ve been self-publishing since the 90s. It’s not hard to do. I don’t sell many books, but I tell my own stories and put out exactly what I want to publish. I can’t be black-listed from publishing comics. Nobody knows who I am. I’m probably more on the side of the “SJW” label.

If you want to put your own work out there, and push your own agenda and ideas, then have the stones to take that leap and do it yourself. Self-publish your own comics. I would love to sell more books and have more people know who I am. The only way that’s going to happen is if I tell good stories and draw nice art, and I promote it. I would love to do more work for Marvel and DC, but they don’t owe me anything. I’m happy putting out my own books, with the hope that someday I’ll find a bigger audience. I love what I do, and I love that some people get enjoyment out of reading my stuff. Life is too short to spend time whining about other creators are doing. Make your own comics.