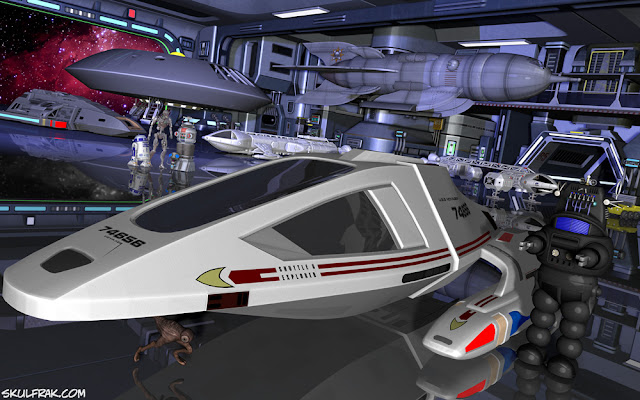 Which one will I drive today?

This was a fun shot to put together. It’s pretty far away from where it started. Rendered in DAZ Studio.

There’s the Eagle & Hawk ships, and a moon buggy from Space: 1999. A shuttle and Runabout from Star Trek. The Jupiter 2 and robot from Lost in Space. Robby the Robot from Forbidden Planet. Flash Gordon’s rocket ship. R2D2 from Star Wars. A Terminator.  Gir from Invader Zim.  And a little pet alien running loose.