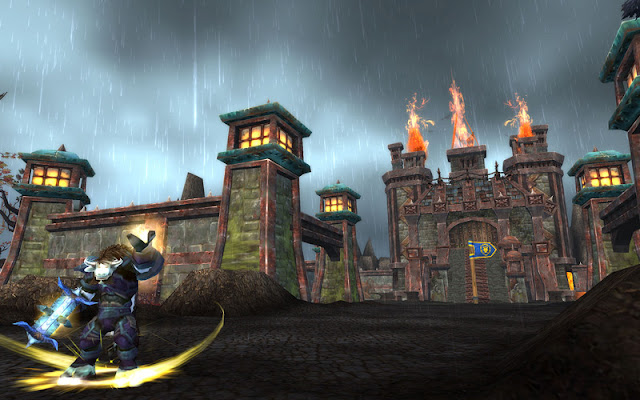 Finally. after two months, the horde won a Tol’Barad victory this morning while I was in the group.  Quite a few of us were amazed, and someone even asked “What do we do now?”  There are six dailies in there for the controlling faction, which I never knew before!  Wow, all this time, the alliance on SWC has had a free run on these, as well as the raid instance in there.  The horde has been at a substantial disadvantage, but it seems the latest patch has made things more equitable.

Skul has been running dailies, and gathering up some honor and points.  I’m still not very clear on what Blizzard’s idea for end-game content is right now.  I tend to get bored with dailies after about two weeks, and I’d rather be running dungeons.  With 45 minute queues, and runs that take more than an hour, it’s not as accessible as it was during Wrath.  I know, people are tired of the whining and crying that dungeons are too hard, but I really enjoyed being able to hammer out 2 heroics during my lunch hour, or squeeze one in before work.  I miss some days now, and it’s not as much fun.  When I do get one finished, it’ just not as rewarding as I feel it should be.

I’ve got some friends looking at Rift, but I can’t afford to buy into another game right now that seems to be on the same path as Warhammer or Age of Conan.  And do we need another sword & sorcery game that does the same things?  I’d love to do something different, but I have a hard time believing a game fresh out of the gate can be as fun as WoW can be.  Wow has some issues right now, but I’m not ready to jump ship unless I see some solid evidence of a large player base and frequent updates.