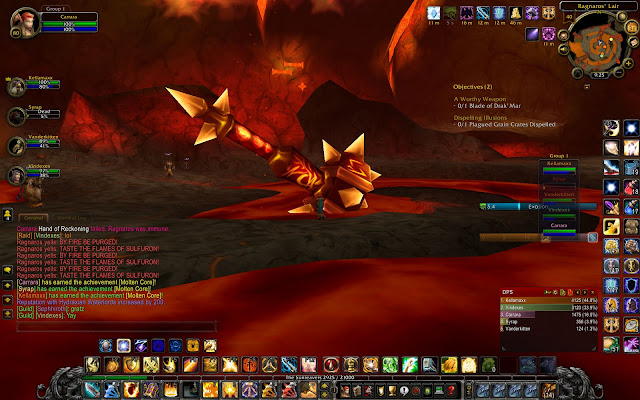 I’ve found a new guild on Steamwheedle Cartel, and we’re meshing pretty well.  On Tuesday night, we were thinking about some vanilla content, and five of us went and ran Molten Core, which was a real flashback.  The last time I was there, we were a 40-man raid, using DKP for loot distribution, and very precise strategies.  We just kicked the crap out the place them time.  In less than an hour we were done.  We made some pretty good gold too, and got the achievement.  I took my blood elf paladin Carrara and “tanked” it. 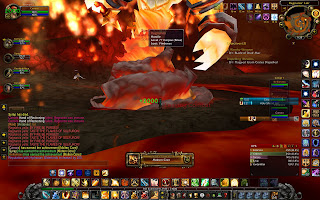 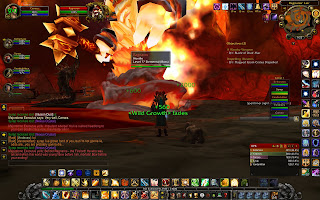 Afterward, we did 10-man Trial of the Crusader, and that was my first time in that one.  I was neck-&-neck with the guild leader on the damage meter, so I was pleased with how I did on my undead warlock Skulfrak. 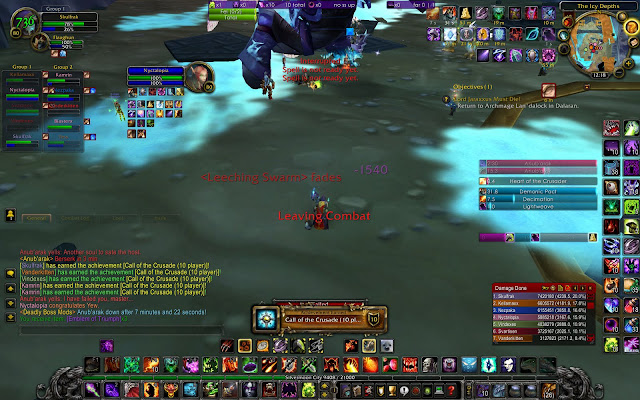 Sunday night, I’m signed up to do Ruby Sanctum with these guys, so we’ll see how that goes!  Time to study up!