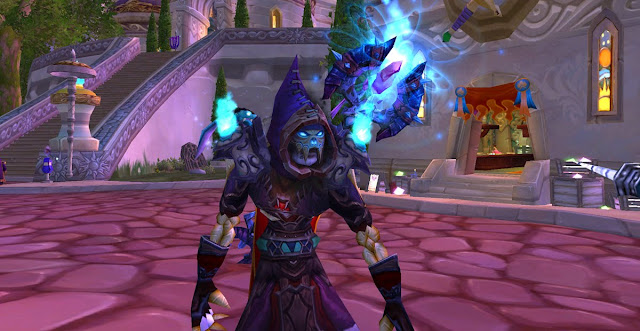 I’ve gotten busy lately with some personal things and school, so I haven’t had time for grouping in dungeons.  I have still been playing the auction house, though, and it’s proving to be very profitable.  I have more gold now than I’ve ever had before, and bought a few nice pieces of gear for my warlock and paladin, as well as giving them the best enchants in the game.

I’ve been taking ore and prospecting it for gems with Carrara.  I cut and sell the blue ones, and then turn the green ones into crafted items, which I send to Skul to disenchant.  I buy a few maelstrom crystals when I see them for cheap, and make the weapon enchants, which don’t sell quickly, but when they do, it’s a nice payday.  The enchanted lantern pet will probably sell better when the next patch drops, and people see the new companion pet achievements.

I’ll try and buy still more gear, and then take another stab at heroics when things calm down a bit.