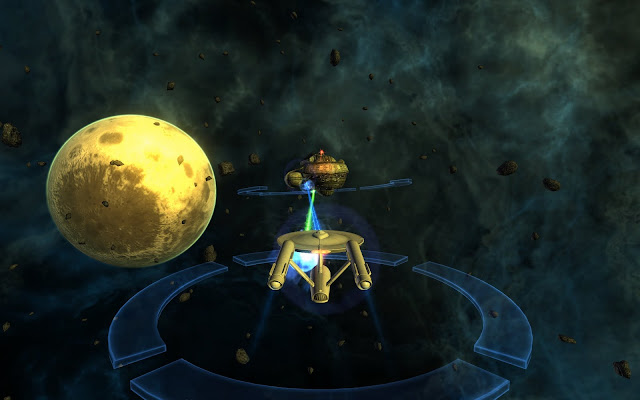 I didn’t play Star Trek Online a whole lot this week.  I’m not really sure what to do in the game, or how to spend points I’m accumulating in various things.  I fly around and get into it with Orion raiders and minor Klingons, but I don’t really know what to do next.  I could look it up, but I feel it should be intuitive in the game, and higher level zones should be goals on a map that tantalize and beckon a player to level up and be able to explore them.

I still compare things to WoW.  The improvements they made to the interface, and letting new players know what to do, where to go, and how to advance are just second to none from what I’ve seen elsewhere.

I also don’t know anyone who is playing STO, so that doesn’t help, either.  There’s nothing better than playing with friends, and so far I’ve not met or grouped with anyone else in STO.