My name is Jeff Whiting. This is my personal blog site. I am the creative director for Brick House Digital. BHD is a printer and marketing company. In addition to business cards, banners, and flyers, we also do web design and hosting out of the Daytona Beach, Florida area. I write, draw, and publish comic books in my spare time. I also dabble as a musician on the bass guitar. Art and music is pretty much my life.

The first comic book I ever plunked down 35 cents for was Amazing Spider-man #176 in 1978, and from there I was hooked on sequential art. I couldn’t pass a convenience store without running in and check the comic racks for new books. Before long, I was copying drawings by some of my favorite artists, like George Perez, John Byrne, and Jim Starlin, and knew that a career in comic art was what I wanted. I got started doing backgrounds for artist John Beatty, and then landed a job inking over Ben Edlund’s pencils for the original Tick series at New England Comics. From there, I went on to work for Malibu Comics, doing art chores on Street Fighter, and a slew of other titles in the Ultraverse line-up, including Prime, UltraForce, Rune, Prototype, and Hardcase, followed by a smidgen of work in Wetworks for Homage Studios, and some pages in “World of Warcraft” for DC Comics.

Desiring to have more control over my art, and a bigger creative input, I began self-publishing my own full-color book, Shanghai, in 1997 under my own imprint, Durendal Comics. I wrote, drew, lettered and colored the entire project myself. Later, the imprint mutated into Brick House Digital, as I began using 3D rendered art in sequential form. I self-published a second full-color Shanghai comic in 1999 as one of the first completely digital art comic books on the market. I was able to hire cover artists Douglas Schuler, Quinton Hoover, George Perez and John Royle for the books. After a long break, I returned to self-publishing in 2016 with Extraterrestrial and followed that up with Cancer Man & Gout Boy and a revival of Shanghai in 2017. 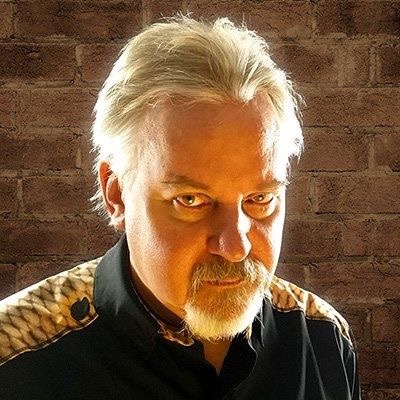 Drop me a note and let me know what’s on your mind. I may respond. I may not.